Winks from the soul save people from hell

I’ve been winking at a lot of people recently. Winking is one of those amazing non-verbals that says way more than a lot of other non-verbals. Winking, I believe, is even more powerful than the middle finger on the personal level. The middle finger says a lot, I guess. And people still get offended to some level when they get flicked off but I would say the middle finger has lost a lot of its weight in America. Actually, when someone flicks me off, the first thing I think is: “is that a joke?” I don’t get alarmed unless it’s serious and from someone I know. 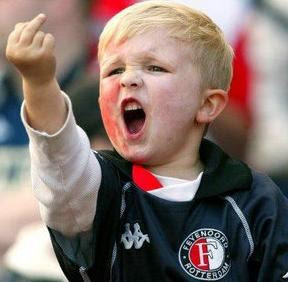 There are a few other non-verbals that portray some sort of emotion: waving, blowing a kiss, smiling, shaking your head up or down. I still think the most passionate one is the wink. A wink says something more intense than any other non-verbal. It says passion. It says red. It says I have a secret for you, it says I see only you, it says we know something together that no one else knows, it says I want to get your attention and not let anyone else know I’m doing it. The wink is secretive, alluring, and very raw.

I’d like now to talk about some examples of things that make me hate life and the world. When I walk by girls and they are talking about shopping and needing to buy more clothes. When my friends leave hanging out with me to watch a terribly, dense TV show or when people don’t want to spend time with me because of TV. The billions of people on the Earth all doing the same thing; breathing, eating, pooping, talking, dying, killing, having sex. It’s wildly depressing. When I see people not helping people because they think they are more important than them (they don’t really know they think that but that’s the reason why they aren’t helping, pride). When people talk about being green or going green and they are really passionate about it. People that care more about dying animals than dying people. Vegetarians. (I love you Katie Booker) Just to name a few.

What I’m doing is merely substituting a wink for a hi, hello, or what’s up. Moody people almost always have to figure out ways to say hi without saying anything in particular. When I walk around in my lackluster view of the world it’s easy to not want to talk to anyone. It’s even better though if you can come up with something that people don’t understand. That way no one will challenge you on it and maybe even write you off as being weird. The best way to get away with doing anything is if people just write you off as being weird. Winking to say hello is one of them. People take a wink as personal. So when I do it I’m appealing to that person’s individual desire to be known by someone or me in particular. Everyone wants to really be known by someone.  And here comes the problem, the fatal flaw, the coup de jour.  Everyone wants to be known but they are looking to be known by man, not by God. This is the problem because no man can know you through and through. The only thing that exists that can know you…even better than you know yourself is God. He knows how many hairs are on your head right now, and he knows when a sparrow hits the ground and dies.

Why is it that the people that we love the most we don’t treat with the most love? We snap at people that we would call our best friends. Why is it that when we see someone we love that we just saw the day before that we could really care less about them?  I think the answer is that we care too much about this world…too much about the stupid things that we’re doing everyday to get by. I think the answer is that we are selfish. I think it’s because we care more about ourselves than about anyone else. I think that if you really stopped and looked at yourself, that you care more about yourself than anyone else in the world when it comes down to it. If you’re the handful of people that I know that aren’t like this, I thank you for caring about others more than yourself.

I want to say that despite my cynical approach to life, in this current stage in my life, I still believe that God is good and he will always be good. Just because I don’t understand fully why things happen doesn’t mean that I believe any less in the goodness of my creator. I’d also like to say that there are a lot of things I love about people but in general the masses make me want to not talk to people so I resort to winking to the masses. Telling them I love you and that I have a secret to tell you but I don’t want to do it through more small talk and pats on the back.

I called the hospital yesterday to see when I could come in and visit people there that have no one to come visit them. See the thing is that I’m one of you. I care more about myself than I care about other people but the difference is that I want to start changing and I’m doing just that. It only took me 24 years to understand it this much and who knows what’s going to happen after another 24. I love you and life, sometimes. Love. War.

Some things to think about.

-Writing your grandparents a letter

-Why I write to you

-How much your mom really loves you despite what you think

Email ThisBlogThis!Share to TwitterShare to FacebookShare to Pinterest
Labels: flicking off, hell, Life, Love, non-verbals, not talking to people, pride, save from hell, soul, the middle finger, winking, winking from the soul, winks