People like me. Not people in general but people in specific. The people that like me like me because I’m not a bullshitter. I don’t bull shit. I'm honest shit. Which is funny to me because people tell me that I’m good at BSing even though I don’t really BS. I don’t know. Maybe I’m out of touch with who I really am and all people see me as a BSer. So if you’re one of those people then I’ll tell you that I’m not trying to BS. One thing I do know is that I’m annoying. God am I annoying. Shoot I might even annoy God. I’m not sure why I’m annoying or what about life makes me want to annoy my friends. I think I annoy them because if they still hang out with me while I’m annoying then I know they really love me. Insecurities plague me like a leech in my rectum. 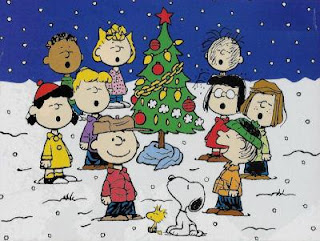 I went to church this morning and during the service my pastor had an interview on stage with one of his friends. He was an artist, a singer-songwriter. This particular person was seriously involved with someone that had been tragically murdered. He said this statement today and I frantically wrote it down on my friends receipt because I thought it touched greatly on what I felt in my life, “Grief can be temporarily overcome by human contact, or interaction, or touch, but when you’re alone you’re overcome with a heavy burden and sadness that you face head on.” I also wrote this on the receipt “the color yellow and white are really close to each other.” Goodness grief. What the hell do you do with grief? What if you don’t want to face it? My step-brother’s father died about seven years ago and he still isn’t over it. I want to cry thinking about it. I cry for people I know that hurt. I’ve tried to open up to him but I don’t think he wants to yet. I guess I don’t blame him. I used to think why doesn’t he just get over it? I think now that I hate myself for thinking such an ignorant thing. I’m going to spend more time praying for him.

But death isn’t exclusive. It hits everyone everywhere. Death death death. Does thinking about death make you dark? Or even a dark person? What I mean by dark is not happy all the time. Or even a perceived happiness. Who is happy all the time? I’m not. There are times of happiness and times of sadness, times of joy and times of despair…but hope still remains. Hope. It’s hope that gets my through the day and hope that will get my through this life.

Death is something that I can’t even really think about without extreme curiosity. I’ve thought of the common questions like how am I going to die, how would I like to die, what the most painful way to die is, and if I died who would be the most affected. These aren’t the things that I’m curious about anymore though. Death, if someone I loved died how long would it take me to get over it? Would I leave and never come back? If I died tonight would the funeral be packed with people that I didn’t even really know that I affected throughout my life? Satan wants people to die…but God uses death for his goodness…and just plain goodness.

If you’re dealing with someone dying in your life and you haven’t yet grieved over the situation, now is the time to do that. Allow yourself time to grieve. If someone you know died it’s time to forgive them. They can’t make it right. They are dead. They would want you to be able to live your life the way God wants you to live your life, in a deep, heartfelt, passionate relationship with him and the people around you. You can still have a relationship with Jesus while you hate him and people. Trust me, I know.

A good friend of mine one time said this:

We can spend our whole lives fighting against things that don’t matter or we can spend our lives fighting for people that can’t fight for themselves: the widow, the orphan, and the poor. Please take some time today to enlist your services to something greater than yourself by humbling yourself lower than what you would want to.  In the end these are the things that we’ll be judged on and not anything else.

Think about this crap:

-Getting older while other people are staying the same age.

-Yellow…being so close to the color white. (in the right light they look the same.)

-If scientists say dogs mouths are cleaner than humans than we need a new standard in which we measure cleanliness.

-You can’t deny death or life, or God giving both. It's too obvious.

Email ThisBlogThis!Share to TwitterShare to FacebookShare to Pinterest
Labels: annoying friends, chris martin, coldplay, death, death and all of his friends, dogs mouth, fighting for things that don't matter, grief, murder, satan is death, the bible