In Architecture the Facade, in Anatomy the Heart 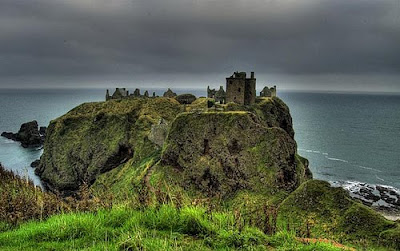 How much of who you think you want to be is actually someone that you think you’ll ever be? I’ve been learning a lot about myself recently. One thing I’ve realized is that the person that I want people to see me as isn’t the person that I am. I’ve also realized that the person that I want to be isn’t the person that I think I’ll ever be. I want to be interesting so people will find me curious and want to know about me, all in hopes that they’ll love me. Vanity.  I construct a façade, which is my life, in order for people to think certain things about me that I want them to think.
Let me try to break this façade down for you. I want to be adventurous so I do adventurous things. I not only want to be adventurous but I want to appear to the people I’m around as adventurous. So I do the things that come with that title. I get hammocks, knives, and camping gear, all to fulfill that dream. My latest attempt at adventure has been slack lining. I like slack lining a lot, but I didn’t start doing it because I liked it. I actually hated it to start out. I started it because I thought it looked cool, it looked like something adventurous people did…and so I did. Façade.
I would also acquire as many books as possible. If someone was giving away books, I wanted them. I would go into goodwill and local book stores and look for classics so people would think I was smart. I’d read some of them, roughly 3 to 4%, and the rest would sit like trophies on my bookshelf telling people how much I read and how smart I was. Me ain’t smart. Façade.
I don’t want to blog about things that hurt because I don’t want to give people the benefit of them knowing that they hurt me. Sometimes it’s much easier to have walls up towards people because, when you don’t let them know that they hurt you, then you know you aren’t giving them the satisfaction of knowing that they bested you. Façade.
The list goes on and on. I would want people to think that I was a rebel, so I would talk in class and show them I was more important than the teacher. I would challenge everyone all the time in hopes that people would realize I wasn’t afraid of anything. I talk to anyone and everyone all the time when I’m with people, when I’m alone this isn’t the case. Façade, façade, façade.
So you ask, “Page, what about you isn’t a façade?” Herein lays the rub. Because I am adventurous, I am smart, I am a rebel, I’m not often hurt, I’m not afraid of much, and I love talking to people. But the opposite is true too. How?
With all the things that you do and everyone that you love, you act a certain way. There is the person that you want to be, there is the person that you want people to see, and there is the person that people see. All of these people make up the person you are, all at the same time.
I’m realizing, in all my adventure here in Prague, how much I just want to settle down and have a lovely wife and unruly kids, and how much I miss home, wherever that is. My point isn’t to not do adventurous things, or to not read, or to be afraid of everything, but rather to do them for the right reasons. And the right reasons aren’t selfish.
I’m now 25 and I still do a lot of the things that make up this façade that I put up but the difference now is that I recognize it and say I’m sorry to the people that I’m hurting because of it. I actively try to let people see who I am by loving them the way Christ loved me. I fail often. Who are you really? Why do you act the way you do? What are you afraid of? Why are you afraid of it? Love. War.
Things to think about
Can you still crack your own back by twisting in your chair?
Changing your habits for a week and seeing what happens.
Things to listen to:
theHeart
Posted by Unknown at 5:58 PM 3 thoughts

Email ThisBlogThis!Share to TwitterShare to FacebookShare to Pinterest
Labels: are you being fake or real, Facade is the most important, I collect books, I collect books as trophies, slack lining is an adventure

She Smoked 'lite' Cigarettes and Drank her Wine with Water 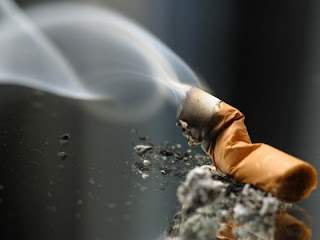 I was determined to make the most of my time in Prague, but, since I’ve gotten here, all I can do is read this book that an acquaintance turned me on to. Sitting on the metro car, all I was doing was reading the book; sometimes with pods in, sometimes out, while I walked and while I sat. I was entrenched in the story of the people’s lives so distant from lives like mine. Rooting for the protagonist and crying for hurt, I realized that, while reading can be a great thing, I was missing hundreds of opportunities to see people, see their hearts, and help them. Of course my only mission on Earth: to love God and love people.

Things to listen to:
My man Michael Gregory:
Just a Little While
My man Michael Alvarado
Marissa Explains it All
Things to read:
We're in over our heads - real time debt clock


Other possible titles for this blog:
-“Melina and I smoked our lungs to death”
-"An Endless Supply of Beer and Cigarettes at my Disposal"
Posted by Unknown at 1:03 PM 2 thoughts

Email ThisBlogThis!Share to TwitterShare to FacebookShare to Pinterest
Labels: CIGARET VAROVÁNÍ, I LIVE IN PRAGUE AND NEED A FRIEND, I NEED HELP WITH LIFE, WHAT IS BEING A SERVANT LOOK LIKE

If Hadassah Was my Slave, I'd Let Her Free 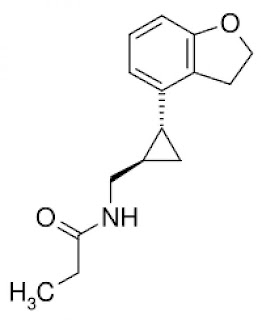 I lied in my hammock and looked up into the trees. Something about them reminded me of home. I cried as I looked at them praying to God to help me understand why I make the choices I make. “God why am I so frustrated.” A surge of calm, frustrated peace swells over me as I begin to understand how powerful is the God that I worship, the lover of Heaven and Earth, and how limited I am at understanding his plan and how I fit into it.
I rode on a subway alone. I sat next to a girl and looked at her. "You speak English?" "No." I sat there for another five minutes thinking how I could communicate with her and a brilliant idea came to me. Use her native language. I pulled out my notebook paper with the few Czech words I've learned. I practiced my Czech with her hoping to maybe make a new friend.  She smiled as I pointed to words written down and said them with her repeating them to me. Dobry den. Hello. Pronounced dough bree den. Dobre. Good. Pronounced dobscher. Jak se mate. How are you. Pronounced yuack sue motey. She smiled as I looked into her eyes for a brief moment wanting to know everything about her life.  I got off at the next exit saying goodbye in her native tongue, "Nashledeanon," knowing I’d never see her again and not caring one way or another.
They told me not to talk to Czech people in the subway. I told them I’ll talk to anyone, anytime, anywhere and I would do it often. I love people.
I’m overwhelmingly tired and I haven’t eaten much today (A few cashews and a bun of bread). I’ve always prided myself in not suffering from desynchronosis and not needing much food. I’ve also always prided myself in my ability to handle living overseas. So far my pride hasn’t been crushed…even though I pray for it.
Things to think about:
-If you were a slave would you be able to handle it, or are you too selfish?
-Would you abort a baby or decide to have it?
Things to read:
A Voice in The Wind - Francine Rivers
Spy Swap
Posted by Unknown at 11:39 AM 2 thoughts

Email ThisBlogThis!Share to TwitterShare to FacebookShare to Pinterest
Labels: A Voice in the wind, jetlag catches up with you faster than sleep, prague is a city of wonder
Newer Posts Older Posts Home
Subscribe to: Posts (Atom)