Keep your bailout check I'll handle this one on my own I drove home in my 92 Chevy S-10. The weather was light. It had just rained one of those annoying mid afternoon “I’m raining to annoy people” rains. I turned my head out of the, always rolled down, window to see ¾ of a multi-colored rainbow. Not the kind that the gays use to promote their general welfare but rather the kind that God uses to remind us he’s never going to flood the Earth again. I thought to myself that it’s weird that I’ve never seen a full rainbow in America. Perhaps I’m not looking.

There’s a cold fog in the air. I breathe in my nostrils and think I’ve been here before. Yeah it’s the Amazon Jungle. Weird that Boone and the Jungle could smell so similar. The drive from Winston to Boone is perhaps the worst commute that exists or that I’ve experienced, no offense Jeff Rue. I suppose I’d enjoy it more if the stereo had the potential to be deafening, the ride had the ability to max out at Autobahn speeds, and the companionship was more than one…and of course if cops didn’t exist for my 1.5 hour drive. Heaven on Earth.

This brings me to my modus operandi. The point in the note where I start talking about the thing I’d like to talk to you about hopefully with the purpose of bringing light to a topic rarely spoken of on a personal matter. Debt. I’m in debt. Credit card and college. One of these debts is desirable for a short period of time in order to better ones own individual sense of accomplishment and to get a better job, while the former is wildly audacious, annoying, and rather tormenting. Dave Ramsey says you get in debt slowly and you get out of debt slowly. I got in debt fast and I intent to get out of it fast. One thing I’ve realized that I do is live outside my means. Sometime my peers struggle with. Christmas. Blast.

I think in my head I need things that I don’t need. One particular thing I can think of that I bought on credit 4 years ago was an iPod. Stunning. Stellar. Unbelievable. 250 bucks of white audio joy. If I can be perfectly frank with you most of the things I’ve purchased in the last 4 years of my life have been on credit. It’s caused undesirable consequences that I’m paying for now. If you’re in debt now I want to encourage you to stop spending money you don’t have, get a job, and get on a budget. Stop buying things you don’t need; beer, cable, expensive food, bottled water, and realize that being in debt now will come back to kill you in the future. I wish I had the intellect to calculate how much money I really paid for that iPod. It makes me sort of sick to my stomach. What a waste of money.

I guess there’s an upside to debt. Good credit. That I have. But it doesn’t outweigh the money that I’ve spent over the years. I imagine if I try hard I can get out of debt by this time next year. It’s going to take not going out to eat and eating more ramen noodles, working a little bit more, and not buying things the world tells me I need: tats, clothes, camping equipment, plane tickets, you name it I’ve bought it. Life.

So here’s the first step to getting on a budget. www.mint.com. I’ve been using it for the past year and would recommend it to anyone that makes money. Very legit. Very safe. Very secure. If you’re not in debt congratulations. Start saving your money and investing it. If you are in debt don’t worry, you’re not alone. You can easily get control of your lifestyle and be out of debt within two years almost no matter what.

So much to talk about. So little time. Love. War.


https://www.daveramsey.com/
Posted by Unknown at 7:27 AM 0 thoughts

I heard Billy likes Jen but she likes Sam and Billy ain't having it. Someone's going to die. 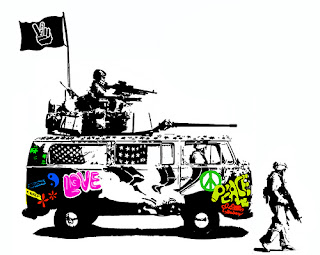 It’s 51 degrees in Boone and raining. The temperature is getting colder by the second. I’d like to move to or . I have one more year in this amazing little mountain town.

As I discuss things like this with my other brilliant classmates (and I use the term brilliant loosely to mean either stupid or really stupid) who always say “You don’t know what’s going to happen in the future, what if she wants to leave you and take your money?” I say a couple things. First I say you’re not bloody Paul McCartney and after they don’t understand I say the amount of money that you have or even will have doesn’t matter compared to the trust and love you’re giving someone else. I say if I marry the girl I love and she takes all my money either because she duped me or because she changed her mind and doesn’t love me anymore than let her have it. There’s way more to life than money. Second I say don’t marry a girl that loves money more than she loves you. Simple rules to follow.