I Wasn't a Craigslist Killer...I Swear 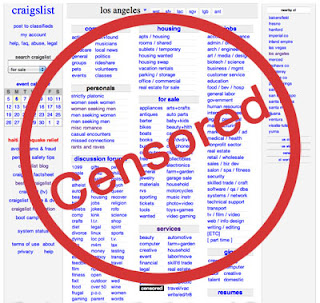 Life is Austin has been slow at times; sitting in coffee shop after coffee shop (really just the same shop) applying for jobs one after another; taking some time off from job hunting to look on craigslist for free furniture. And having found an amazing leather couch sectional just to have it go to the Jones'; who, word have it, are still living better than me.

While this life is pretty exhilarating I had to take some time off from job and furniture hunting to have a little fun. Mind you that the fun I'm talking about having is 26 year-old I'm-looking-for-a-job-in-a-coffee-shop kind of fun and not the I'm-18-going-to-get-a-little-crazy fun. So I decided to do a little social experiment. I posted on craigslist this ad on the 20th of Janurary at 12:08pm:

The funny thing I thought was I was being pretty genuine. (You can call me if you need to talk...about anything) I had a nice, new crisp dollar bill and I wanted to see if someone wanted to come pick it up. I received two texts, one goes as follows: 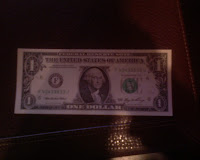 
At this point I have no idea what this dude is talking about...ironing money...?


Having felt bad about not being clear who would be losing here he sent another text clarifying.

Dollar Enthusiast: Ill loose 5x that jus drivin to get it.

Me: Do you collect coins and money? you aren't thinking what you would gain by coming...think of the big picture.
Dollar Enthusiast: An wuts da big pik
Me: You'll have a contact in Austin with endless possibilities
Me: Who can teach you how to spell
Me: Among a whole host of other things.
Me: No?

And although I never heard from him again, during my conversation with said dollar enthusiast, I received an email from Craigslist saying my post was flagged and removed. I was annoyed by this because there wasn't anything illegal or wrong with my post, that I could tell. So I saw there was a way I could ask a community of Craigslist users why my post could have possibly been removed. Within seconds I received back a host of very keen observers all with unbelievable insight into the world of Craigslist.

For people that don't have craigslist to go in and read the posts I've copied and pasted the threads so you can at least get a picture of what's going on here. If you do have an account it's worth logging in.


That was all for me. :)} No one on Craigslist understood. So what I've concluded is that I'm a freak and have no friends. Will you be my friend? love. war.

Things to think about:
-How long can you do nothing in politics.
-Is milk really bad for our bodies.
-Are you getting wisdom from people that are wiser than you.
-Are dishwashers really easier.
-leaving a comment

Things to give your money to:
Shaping Destiny
Posted by Unknown at 2:45 AM 2 thoughts

Email ThisBlogThis!Share to TwitterShare to FacebookShare to Pinterest
Labels: craigslist, giving away money, need some furniture, spam on craigslist, wasting time in a coffee shop 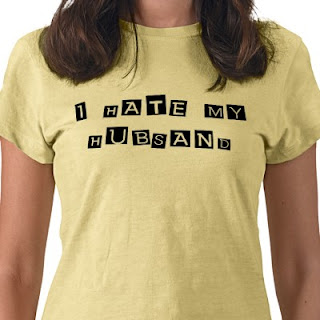 Engaged life seems unreal. You've asked someone that you love to spend the rest of their life with you...and you have no idea how that life is going to turn out. You say yes to a question asked. It's a simple answer to a huge question and now you're going to be married. #bummer. I have many friends who are married, and none that I know against their will. One of my good friends just got engaged. I know people who are divorced. I met a lot of them and they all seem so all right. Most people seem all right. I mean how many people do you see walking around that just start crying for no reason?

So as I sit here drinking coffee and crying for no apparent reason I have some real hang ups with the thought of marriage that I'd like to talk about. Why are so many people committed to each other by living together but not committed to each other through a public statement of their commitment. How can you justify getting a divorce? #tilldeathdouspart Why is Coldplay such a good band?

I guess for all intensive purposes it seems quite natural: my parents relationship wasn't that great so why go through the same thing they went through? We'll just live with each other and if it doesn't work out go our separate ways...I mean we're not married. And who wants to deal with that messiness of getting a divorce? My parents got a divorce why would I want to do the same thing? You have to live with someone before you know you can be married to them. blah blah blah.

I'll attempt to answer one of them but am well aware that in all my wisdom there is ignorance right around the corner. So I welcome criticism but keep in mind my thoughts are from an open, welcoming stance. #nahmean. Most things I don't have answers for but I believe I do for divorce.

First I want to say that marriage is messy. The reason people get divorced mainly is their affinity for themselves. "I'm not happy," "He doesn't love me," "Things didn't turn out like I wanted," "I have things I want to do in life" #eatpraylove #selfish When really we should be asking ourselves questions that point to sacrifice. I mean isn't this life? Isn't this what true life is about? Sacrifice. Not selfishness. Don't people know going into a marriage that it takes sacrifice...and for many years you might be poor and begging for money. That's what it's talking about when you say for better or for worse.

You might say "Page, you don't know until you've been there." I'll agree with you on one point: I haven't been married...but I've been in other relationships that take sacrifice and resemble marriages. Like all my friendships. And while I'm not married I do have brothers and sisters who I'm in a lifelong relationship with. Even the relationship with my girlfriend takes sacrifice.

So in the end my answer to divorce and most other things in life is this:


Stop thinking about yourself and start walking humbly in fear before the maker of the universe. If your spouse left you I'm sorry. #dontgiveup If you're too selfish to get married than don't. It's possible you could learn to be selfless and sacrifice but that takes a true love ready for real marriage. #KimKardashian

He knows what you're going through. Give it up to him. The answer is sacrifice. Do you think Jesus wanted to die for your sins? love. war.

"Father, if you are willing, take this cup from me; yet not my will, but yours be done."

Things to think about:
-being bolder than you are now
-taking up an issue and fighting for it
-talking to a homeless person
-going out of your way to help someone

Email ThisBlogThis!Share to TwitterShare to FacebookShare to Pinterest
Labels: engagement, I hate my husband, I love coldplay, I love my fiance, marriage wasn't suppose to be like this, sacrifice for the real world

If it Weren't for Stereotypes I Wouldn't be in Texas 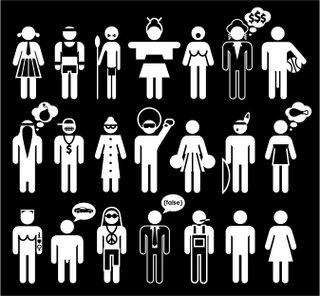 As I boil my soup on my rather old none brand name stove, I start getting a little hot. I proceed to finish cooking the soup and then open the kitchen window. I add milk and cheese to my Wolfgang Puck Signature Tortilla Organic Soup given to me by my very thoughtful girlfriend and open the window to the kitchen. As I proceed to eat my soup standing up, because I yet have no furniture, I hear a rather annoying noise coming from outside my window. It was the chirping of hundreds of birds resting in the trees sitting above my apartment complex 50 yards away.

I've been in Texas over a week and I was baffled to be honest. Hundreds of birds and not one person shot one of them down out of the trees. Now if you're like me you tend to believe things that trusted people say regarding things you don't know and one of those things is that in Texas everyone's a bad-ass and carries a gun. (I mean you don't even have to register your gun here) So I asked myself, "How could this be that these birds just sit atop these trees unafraid and songs unhindered?" Not that I don't love to hear birds singing in the afternoon to the sunset, perhaps praising God for the life that he gives them, but since I've been here I haven't seen one gun fired at anything. I also haven't seen one cowboy hat or anyone wearing stirs on their boots.

In the short amount of time between my dinner and my blog writings I've come to the conclusion that Texans aren't any less awesome that I thought but rather they've learned to not trouble themselves with trivial matters such as shooting birds out of trees when they're interrupting your supper eating. I imagine that they save their guns for more pertinent matters. Which is food for my soul because the last thing I want to be is living in a state that claims to be awesome but really is full with a bunch of wimpy cowards. I'm asking for Texas cowboys and I'm going to get Texas cowboys. Until then, Rick Perry told me that there's jobs here in Texas so until I get one I'll continue pounding the pavement. Maybe I'll nab myself a steer while I'm at it. love. war.

Things to think about:
-Saying what you think
-Not lying, seriously
-Jews vs Christians
-Catholics vs Protestants
-People don't comment on the actual blogs website but rather facebook where the same blog is posted.
-Paying to dry your clothes
-Your state compared to Texas

Things I'm reading
-A bend in the river