When all else fails know that failing is okay 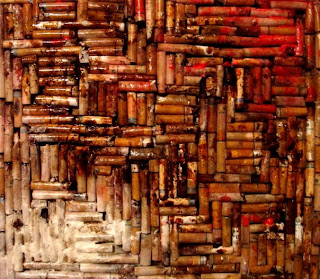 Art is interesting me to. Everyone is capable of it but not everyone does it. I should be studying for an accounting test I have in twenty minutes but the sheer thought of having to do anymore accounting in vexing to say the least. Accounting is the opposite of art I feel. One of my best friends in Boone is getting his masters in Accounting; he’s also a very good guitarist. The general consensus among people is that the mind is geared toward one field and not towards any other fields. I like to consider myself pretty well rounded but I know I have a long way to go.

Art is pretty subjective but still in art there are critics that judge whether or not the art that people create is worthy of recognition. I assume they use subjective objectivity to determine this. I enjoy these critics immensely. Not because they judge peoples art and stifle peoples creativity but rather because they cause artists too look at their work more objectively and see the things they do that’s good and bad. It’s like without the critics people would just go creating art that they personally think is amazing but really is personally awful.

There are people that create art for the enjoyment and then those that do it to make a living. Of course you could create a Venn diagram between this relationship and the middle might contain more people than the sides but for sake of argument these two types of artists both strive to make the best art possible. This makes me think about my life. When I think about it I know I’m capable of performing at an A level but I rarely do and I ask myself why.

I sometimes think that if I was amazing at something I wouldn’t want to take credit for it. When awards would be given to me in my honor I wouldn’t receive the them because I’d be so amazing that I’d be above the awards given to me by the “critics.” But when I go in to take a test I try as hard as I can on the test in the desire to make the best grade possible. I don’t know anyone that goes into a test trying to make a C or a D. Furthermore I don’t know anyone smart enough to be able to do this. The people that are smart want recognition for being smart by making good grades and the people that are stupid are trying their best to make the grades that the smart people make to not look stupid in that particular field. I would love to find someone who is brilliant and so brilliant that they don’t care about grades and purposely make a C on assignments and tests to prove a point; that the grading system we use to judge someone isn’t what we should be using to judge someone. We should judge the heart; if we were capable.

A professor once told me that grad schools and future employers use grades to determine your worth to that grad school or business because each professor is like a different boss and your level of work you’re willing to do in that particular course shows how hard you work for a whole slew of different bosses. This makes sense I guess to a certain extent but then I wonder where I would fit into this. I enjoy making good grades when the subject is easy to me but when it’s hard I don’t study enough to make the grades that my classmates so much desire. Maybe it’s because the idea of having 40 different bosses in 4 years isn’t something that sounds desirable. So in turn I don’t try hard. I know this liberal arts degree is just something that I need to get ahead in life. (I wish the other liberal arts I participate in that aren’t class were also graded and added to my transcript) So one would ask “Page if you know that the better grades you make the more ahead in life you would be” I would just agree and disagree. It all depends on where you’re trying to get in life. Of course this goes again back to the brilliance of the individual as a whole.
The more brilliant the individual the more capable they are of choosing their own destiny that they desire.
The more brilliant I am, or am perceived, the greater ability I have to get ahead in life. But really it’s all about attitude, hard work, and who you know at the end of the day that matters. All this being said I’m going to do my best on my accounting test. Try to make an A…probably make a B and deserve to make a C (thanks multiple choice)
Sometimes it’s better to write than study. I’m now 5 minutes late for my class…and my test. Thank goodness I’m a senior and know this doesn’t matter. You have the whole class period to take it.
Posted by Unknown at 12:01 PM 0 thoughts