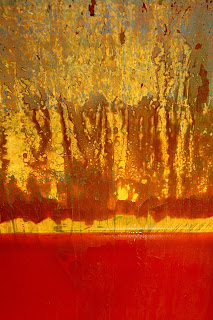 Later, he told me his friends called him Euchin…he said it was sort of a nickname. His real name was hard to understand and I didn’t try. Right then, I didn’t know him from Adam. His body oozed alcohol and his knuckles oozed blood; probably from an earlier fight he had got into. Those knuckles foreshadowed what I knew was a fight I was going to have to break up. Don’t ask me how I knew but I started going through all the possible scenarios: two, I died in, four, I got badly hurt and the rest were the probability.
Sometimes the things that we fight for the most are the things we know aren’t true but want to be.
Sometimes the things we fight against the most, we know are the truest but don’t want to believe.
Sometimes our fighting against things we know to be true is a desperate attempt to control the things in our lives that can’t be controlled and we feel helpless.
They spoke in Czech but I could tell from the body language that they didn’t like each other. One, my previously mentioned, soon-to-be friend, and the other, some random Praginian we’ll call giggles (because he did a lot of giggling).   Separated by a crowd full of passengers they talked junk back and forth.  Giggles giggled with his friend and Euchin said with a glare in his eye. “Nebudete smát za minute.” (You won't be laughing in a minute.)
I thought when I lived in America that I didn’t have peace. It wasn’t until I moved to Prague and saw people living without peace that I really knew that I had peace beyond belief. Sometimes, getting out of your situation really shows you what you thought really wasn’t true.
You fight tooth and nail to prove evolution but not everything adds up so you fill in the gaps with the excusethat someone else knows the gaps but you’ve just forgotten them. You fight God…even when you don’t believe…because a God who is love wouldn’t take the life of someone you loved. Everyone has to die, are you so much more important than everyone else that God should spare the life of the people that YOU loved? Is there no place for evil? Is there no place for a deceiver? How have you been deceived? I’ll think about it with you if it makes it easier.
I’m not asking you to abandon everything you’ve learned to believe in. I’m asking you to simply question the things you’ve learned to know based on a world that has sold you.
They ask you to look better and I tell you to look at the heart. They ask you to gain power and I ask you to put others first. They ask you to look out for yourself but Jesus asks you to “do nothing out of selfish ambition or vain conceit, but in humility consider others better than yourselves. Each of you should look not only to your own interests, but also to the interests of others.”
The tram came to a stop and it was go time, Euchin exited the train while Giggles stayed onboard.  Euchin passed Giggles while exiting and ripped his shirt tugging at his collar, Giggles did nothing, Euchin stepped back on the tram and got two solid face punches in at Giggles’ face. Giggles did nothing; didn’t even pull his hand down from the bar.  I pulled Euchin off the tram and told the driver to shut the doors. “I don’t think he speaks English,” Euchin said in broken English, with a smile, a laugh, and a twinkle in his eye.
I was so surprised that it took one second for him to go from aggressioned bloody knuckles to calmed laughing face; which showed me Euchin didn’t struggle with rage but pride, I thought “I guess not” and successfully stepped between Euchin and his prey saying, “Where are you from man.” It was just long enough to get the doors closed. We became friends and walked awhile back to their home. His four friends were with him.  We laughed about my name and America…”Yes I know the Wu-Tang clan…no I don’t live in California.”
I was pretty glad I wasn’t dead…but gladder that Euchin didn’t feel like punching me too. But sure either way that it didn't matter. Jesus has a way of softening the hardest of hearts. He also said to turn the other cheek and I was prepared to obey but…you know.
Euchin was hungry for power and suffers from pride; I, hungry for peace and untroubled with turmoil. This is the war we’re in. What kind of war are you fighting? love. war.

Things to think about:
-Paying for plastic bags at grocery stores is awfully wasteful
-Celebrities twit in fear of not being famous anymore. Pretty pathetic.

-Pride goes before destruction, a haughty spirit before a fall. 16:18

-A wise son hears his fathers instructions, but a  mocker does not listen to rebuke. 13:1

Email ThisBlogThis!Share to TwitterShare to FacebookShare to Pinterest
Labels: bloody knuckles after a fight, I desire a big tent revival, Prague tram system, staying up too late