The easist virture is candor; the hardest, humility 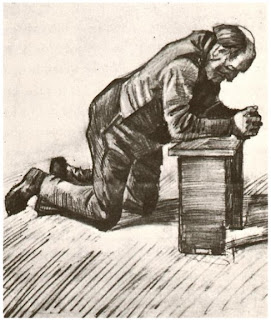 It’s nice to see people not give in to peer pressure once and awhile. I’m not one of those people that believe that peer pressure is inherently bad, but I am a person that is inspired when I see someone resist something that everyone else is indulging in because they don’t believe in indulging in that thing. What is it about people standing up for what they believe in that makes them so attractive? What is it about someone having honor that makes you want to follow them? I’m the type of person that can be a follower if I just found someone amazing to lead me. The sucky thing here is that the example is always William Wallace. The good thing is that William had steadfastness and stood for something and wasn’t willing to step back from that thing which he believed in. The bad thing is that I can’t think of anyone I know that did the same thing. Perhaps I’m thinking on too large a scale and should keep in mind the small times when people did that. Maybe it’s my good friends withstanding from sex because they are waiting to do it with their husband or maybe it’s someone resisting a cookie because they know they shouldn’t have another one, and not make a big deal about it.

These things are good but I’ve just decided that they are too small and they are not the things that I’m thinking about. I want someone to fight tooth and nail for something that they believe in. I want someone to have such a resolve to do something that they will stop at nothing till that thing is materialized. Of course I don’t want the people that are doing this to be doing it for the wrong reasons but the right ones. I guess the obvious example of the wrong reason is the people that fight for the lives of any type of animal, especially when it interferes with the lives of humans struggling to survive themselves.  Humans are always more important than any animal. One human is more important to me and to God than all the animals on the planet combined. God knows when a dove hits the ground and dies and he knows how many hairs are on your head and my balding one. How much more does he take care of you?

I want to note here that there is a common misconception about things that you shouldn’t be peer pressured into doing and the list includes, but is not limited to: smoking (anything), drinking alcohol, things that are illegal (with many exceptions),  things that the person doesn’t want to do, things that a person is resistant towards. This can be explained more but I don’t feel like explaining it so just think about it for a little while. Peer pressure is good and like most everything on the planet is not inherently bad.

Moving on I would argue that everyone is enchanted by the person that has valor. I would argue that there is something about the person that stands up for what they believe, that they are able to lead revolutions and revolts just based on their passion. I’ve been reading Mere Christianity by C.S. Lewis and he makes some strong points that are hard to rival. I’ve also found that standing for something in life is way better than not standing for something. It, in a sense, gives you purpose and a drive in you that you almost didn’t even know existed.

So I’ll ask you if you want to join me. If you want to join me on standing up for what’s right in life and resisting what’s wrong. I want to ask you if you’re interested in being someone that is not afraid to step up to the people in life that are harming and not helping. I’m asking you if you’re willing to punch someone that’s harassing someone that can’t defend themselves. I’m asking you if you’re capable of doing more than you are not and sacrificing a little bit of your life for someone that’s weaker than you. I’m asking if you would get out of your comfort zone for a day and see how it feels to not be afraid of confrontation, or people not liking you, or people judging you, or people laughing at you, or people mocking the things you do, even if those people are your friends. It’s hard and it takes resolve…but try it. Do it. For me and for your friends that think you’re a wimp, and for your fellow man.

I can tell you something that I’ve done that is wildly full of anxiety for me in my life. Today I went into my teachers office and admitted cheating on a test. It wasn’t a premeditated cheated but more an opportunistic one.  I didn’t know the material and someone that is smart put their scantron in front of me on the teachers table and I just coped the whole thing, changed some answers, and got a 70. I don’t want to be a cheater, and I don’t want to be someone known for being dishonest but I do want to be someone that is known for making mistakes right and that is what I did today. The teacher looked at the wall and said that my test grade was in line with my other tests and that he had a lot to do so we would pretend that it didn’t happen. I sort of felt even more like a cheat after this happened. I felt that justice should be served and I should have been given an f…and maybe even expelled from school. My friends said I was crazy for this but I’d rather be honest and throw away $25,000 than be a liar and know that I am the rest of my life.  While the consequences for my actions weren’t as stiff a penalty at all to deal with like I thought they would be, I’ve come to the realization that I want to stand up for honesty and truth and not deceitfulness and lies, regardless of the consequences. Please follow my lead and fess up to someone that you’ve wronged.  If you look closely honesty is an example of a virtue and my goal in life is to be virtuous. It’s not crazy to be virtuous, it’s amazing. The feeling being a cheat and a liar is almost unbearable for the human soul…and you just feel crappy.

Before you’re finished with me, please go to this Wikipedia page about virtue and read the list of examples of virtue. http://en.wikipedia.org/wiki/Virtue. Print off the list and mark next to each one the virtues that you think you have and look at the ones that you don’t. This is the best list out of all the lists for anything I’ve ever seen. And this list inspires me to be more than anything I am now. Some of the virtues I didn’t even know.

Mere Christianity, for those of you who are too intellectual to believe in God