Let's have a yelling contest and see who everyone looks at 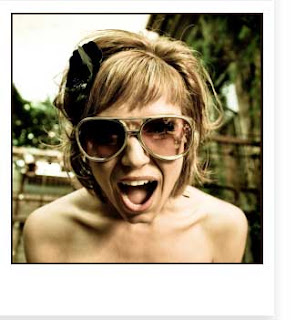 I feel like I’d watch a reality TV show based on my life. That’s probably because it’s my life and I’m living it. And because I think it’s better than other people’s lives. Although I do believe that other people do have amazing lives. The difference, I think, is that when people are on TV they do things that they don’t normally do or that they wouldn’t normally do if they weren’t on TV.  I imagine I would do the same thing.  Something about having a lot of people watching what you do makes a lot of people change up what they’re doing.

Who hasn’t been hanging out in a group of people and seen their friends act perfectly different because of all those people that are around for them to impress?  They make more jokes or get everyone’s attention to feel valuable. That was me and still is me to some extent. But those are just the obvious ones. Now think about group situations that you’ve been in where you have a friend that isn’t the life of the party and yet when they get around a group of people they act differently also.  They act more like the subtle personality traits that they hold. I think that people are a certain way and when they get around people their behavior is magnified and comes out more extreme. If you are loud, you tend to be more loud and if you are quiet, you tend to let the louder people be louder. What does this matter? I’d like to make a parallel between God and groups of people.

What’s the explanation for why people act differently in groups? Why is it that when we get around a group of people we tend to act differently than how we act when we’re alone?

I want to assume for a second that there is a being out there that created this world. The reason I want to assume this is, because if this isn’t true, I would submit that nothing matters at all; not love, not hate, not desire, not emotion, not the money you strive so hard to earn, or the father or mother that want you to act a certain way.  I want to take this assumption further and assume that the being is called God and that this God is in all places at every point in the world at the same time.  (Being of course because time is only in existence to us and not God (a blog for a later time)).

You’re always being watched. And it’s by a person that knows you better than you know yourself. So when you’re acting like someone that you don’t want to be know that God sees how you’re acting and just wants you to be real and honest…but more he knows why you’re acting the way you are. He knows about the man that raped you when you were a child, he knows about the parents you had that didn’t ever pay you attention, he knows about that girl that broke your heart when you were younger. He knows that this has caused you to not trust older men, not feel loved, and use girls so you’ll never be hurt again. He knows the reasons you act the way you do and because he knows all this, there is no reason to act any other way than how you would act if you were alone…which should be how you are when you’re  with people you love and trust.

I want to make one more assumption…that this God that sees everything and knows everything is more important than anyone that exists that you know…because he created everyone that you know. And since he created everyone that you know the things that he says and thinks matter the most. And what he says about you is that he loves you. He loves you more than you love yourself. Jesus loves you more than you love yourself. Take some time and think about why it is that you’re different around people than when you are alone. And once you realize why try to be yourself when you’re alone and with other people. Character is how you act when no ones watching. Love. War.

-Minimum wage negatively affects the people that they claim it helps.  http://economics.gmu.edu/wew/articles/09/CollusionAgainstOurYouth.htm

-Avatar was amazing to look at and horrible to listen to

-You don’t deserve anything for Christmas

-There are a lot of people that are better than you at everything you’re good at.