Sometimes I'd Rather Build a Fire than a Relationship 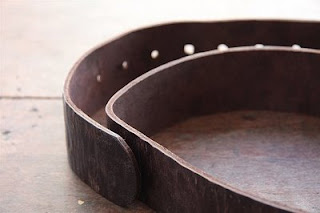 All I want is for you to feel some strong bloody emotion toward me. My mind was racing as I thought. The billows of smoke were collecting in my head, filling up the space where my logic center should have existed. I don’t know what I want but I know I don’t want this. Logic in relationships serves about as much merit as emotions in ping-pong. I didn’t want to date the chick, hell, she’d have driven me to commit adultery. My brain was coughing, asking me to calm down. This is why we need labels…labels are very important. I’m always very, very chary of the person that doesn’t want to put a label on a relationship. There is always something that they are trying to hide.

I knew that thoughts come to my head faster when other people are being creative, I just never knew that was the reason. I guess you can call it inspiration. My mind was racing unlike it ever had trying to go to sleep. My mind is a bloody racing machine. I try to be inspirational but what’s the point of being inspirational if your inspiration doesn’t inspire.

I’m not even sure why I was trying to be creative right now. I just got done watching 500 Days of Summer. When movies emulate real life, it makes you not want to be alive. When relationships don’t follow properties that you’ve grown to understand, you wonder if those relationships are even worth having. Sort of like if you don’t understand the properties of fire it’s obvious that you would be afraid of it…or the little change in normality of it.

I just needed to calm down. It was dark inside and out. I lay on my sleeping bag attempting to try and not think about her.  All of my friends liked her…some a little more than others. And still one more than all the rest.

I walked outside and called a friend. It was cold and I stood on a chair to keep my bare feet off the concrete. Do you think it’s possible to listen to your own advice about things? I knew I lost her as a friend. I didn’t really want to keep her as a friend, although I was for sure that I could make it work. I’m able to make sacrifices in relationships and I make a lot but this time I wasn’t able to sacrifice enough…and if I did I wouldn’t be Page anymore.

I thought about her all night. It kept me up most of the time. I remember going to the middle school dance with her. We danced. I Sat. She danced with someone else.  I sat. I watched. I was jealous. I guess I’m still jealous now. She’s unlike any girl I’ve ever seen. Her damn hair is so thick that it’s almost unmanageable.  I remember another time I went to visit her in college. She wasn’t that happy I was there but we were boyfriend and girlfriend so she had to suck it up and deal.

People all around asked me constantly why don’t I marry her. The truth was that I wasn’t attracted to her. We were great friends and I thought that people weren’t happy with me just being friends with her. I was there for her when she needed me and she was there for me when I needed her, which was a lot. I don’t pretend to think I know what was going through my mind most of my life; I just know what I felt. It’s obvious that you shouldn’t approach politics with emotion, which leads to liberalism and eventually socialism, but I think approaching relationship with emotions is the only way.

Her dancing was something of a mystery. I wanted her real bad when I watched her dance. It was as if she was a natural. Like a damn Tamara Karzavina or something and just as beautiful. She wasn’t a ballerina though, but all dance is alike when you’re watching women doing it. Her ability to harmonize almost left me in a state of shock.  The truth is that I don’t know what I want. But I don’t think that anyone knows what they want outside of a list and few key qualities.

-Red is a way better color than blue

-Divorce is never acceptable unless you were cheated on

-Why does it seem that women are the ones to cook and not men?