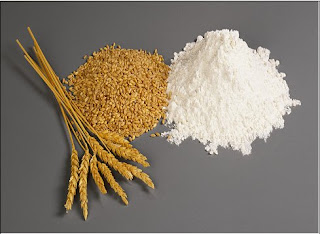 The gluten challenge is over and as you expected I lost nine pounds four ounces. This comes to no surprise to most people who know that Jesus is the bread of life and since Jesus compared himself to bread it must be a pretty important part of our digestive system; as shown by my one month nine pound four ounce weight loss. (not to be confused with Will Smith's Seven Pounds, a documentary where Smith loses seven pounds by not eating anything supersized at McDonalds)

There was a minor slip up with some gluten-full soy sauce and while I am to blame I'd like to put the real blame, as all good friends like to do, on my best friend Ryan, whom at no fault of his own, suggested we partake in eating at this sushi place close to where he goes to school. I indulged my appetite and stabbed my wallet for a split-second and find myself in Amber's apartment cleaning everything from shoe board to popcorn ceiling. This was because I lost a bet with her on who would eat gluten first. I did, accidentally, but I fessed up and got to cleaning. And because I wish not to make this blog not apply to just the handful of important people that I call my friends I'll highlight the pros and cons of this thing Celiacs have learned to call home....

Yes yes it was rather difficult deciding what I could eat and what I couldn't. I spent the first 6 or 7 days learning what contained gluten and what didn't. I was very hungry these first 6 or 7 days. But I didn't let hunger get the best of me. The hardest part about not eating gluten is that things have gluten in them that you wouldn't expect...like french fries...hello potato...welcome to the Celiac diarrhea list. Other things on the celiac hit list are lots of chips, tortillas (said in spanish accent), and almost everything...save meat and fruits and vegetables...but who eats those. GIVE ME WHOLE WHEAT BABY.

So here are the pros and cons.

Pros:
-lose weight
-can justify eating a bad of Doritos in one sitting

While there are lots of more serious pros and cons I can add to this list I'd like to simply say that if you don't have Celiacs disease there is absolutely no reason why you shouldn't eat wheat products. All month I wanted a sandwhich. All that being said the gluten free diet isn't that hard. There's imitations of almost everything out there now. There was gluten free pancakes, chips, and really nasty macaroni and cheese brought to you by 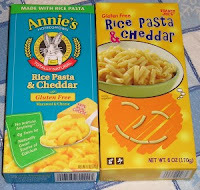 "Annie's Homegrown Totally Natural Nasty Crap." Despite the name I gave it a try and to my delight they weren't wrong.

The point of the challenge was to see if I could do it. I did it...piece of cake (no you can't eat cake)...now on to the next challenge: get your heart rate up for at least 30 minutes a day. Goodbye fried rice, hello weight gain. Love. War.


Things to think about:
-being a part of the challenge
-heaven and hell
-Herman Cain being at the top
-Being truly honest with people
-Thinking "and I'm a Mormon is very stupid."

Things to watch:
-Crazy crap about hell
Posted by Unknown at 11:15 AM

Email ThisBlogThis!Share to TwitterShare to FacebookShare to Pinterest
Labels: Celiacs, Celiacs disease, everything has wheat, Gluten free diet, I have lost my appetite, I love bread, losing bets to women