It felt like war with a victim of one 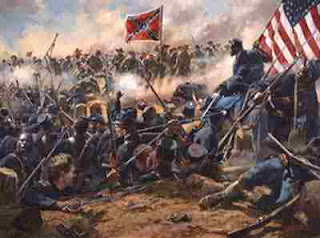 The bouncer ran in and yelled at the top of his lungs to the bartenders, “hey call the police!” I immediately got up and went to see what was going on, thinking I could help in some way. Blood was running down his face as he positioned himself against the wall where he leaned so he didn’t fall. He was crying and saying my head hurts.  I brought him outside where he said he had to pee...everyone was so concerned for him. He could barely walk so I propped my 135 lb frame under his 170lb body and helped him walk to a place where he could rest. I told him to pee where he was. He immediately dind’t have to pee. We got him water and ice and waited for the cops to come. He didn’t even know who he was or if he did he wasn’t saying much of anything. It took him literally 10 seconds to tell us his last name.

I felt bad for Scott in a way. He had left the bar and got jumped by these two other guys. They wanted to fight him in the bar so when he left they took the opportunity to beat him. I don’t know the details because obviously Scott was pretty loose with them also. The officer whose name was Kat asked me if I was his roommate and I told her I didn’t even know him.  He said if my friends were here I wouldn’t have gotten jumped. It’s sad but the whole time at various points I couldn’t help but laugh. The situation was sort of stupid really but he was so right. Where were his friends?

It felt like war with a victim of one.  Pain and suffering with logic or concentration of what’s going on. Some coherent and others wondering where they are.

“Scott you need to take deeper breaths because you’re hyperventilating, okay? Scott breath in deep with me okay, we’re going to take a deep break together okay?”  The things I tried worked to some degree but when the paramedics told Scott that if he didn’t settle down they would force him to get into the ambulance it seemed to settle him down a bit. He didn’t have insurance and was scared that he wasn’t going to be able to pay the hospital bill. I told him the same thing happened to me 3 months ago 100 yards from where he was and that the hospital bill wasn’t that expensive.

So why the story? It’s not about Scott…I mean really who cares about Scott. He’ll go to the hospital and be fine in 2 days;  be thinking clearly and have sound judgment, maybe with a little nice hospital bill to pay.  I could probably relate it to Jesus but it’d be a cheesy stretch. I could talk about the pain that people endure and the hardships that one faces in their lives but you wouldn’t believe me. Or what about the ability for man to overcome…get real. I could talk about man and how he’s violent to the point of beating someone alone who’s innocent and defenseless. No I’m going to make it a lot more simple than that.

When Scott got in the car with his friends to drive him to the hospital I looked down at my hands and noticed I didn’t have any blood on them.