It's a bird, no it's a plane, no it's Harry Fing Potter 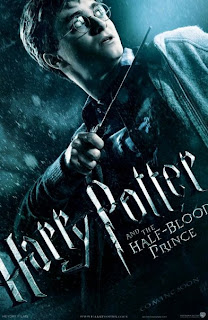 I think I’ve spend a lot of my life trying to convince others that I’m a big deal. I know I’m not a big deal I guess I just wish I was and my way of trying to become that is to explain myself into that position. It’s worked for some and hasn’t for most. I want to be a big deal because if I am that means I matter and if I matter I have worth and if I have worth than someone should love me. I know a lot of people love me but this is my logic even though very illogical.

I read in Readers Digest today that most people don’t want advice unless they ask for it. I’m going to give you some advice, take advice from people giving advice, if they are giving advice there’s probably a reason they are giving it, they are probably smarter than you. After you hear what they say you can then determine if they are or aren’t. In multitude of counselors there is safety.

I’ve been reading a lot of different people’s blogs, from friends to strangers, and I’ve noticed a common theme in them and the theme is the blogs are almost always only applicable to the author’s friends or people that know that author. So in essence people’s blogs are just glorified Twitter Twits (or Tweets if you’re up to date on Twit language). I try to write things that everyone can glean some sort of joy, madness, rage, excitement, laughter, or thought from. My blogging isn’t for my friends anymore than it is for strangers. I guess this ties into the beginning. I’ll let you figure out how.

So the rage now at this second is Harry Potter because the movie just came out. (Twilight a month ago and now HP). I’ll preface by saying I haven’t read one book or seen one movie. I’ve tried to avoid it at all costs. The hype of anything scares me. I was writing my cousin an e-mail two days ago explaining to her that in the coffee shop I was sitting in two different tables were talking about Harry Pete; one old people, probably professors, and another my peers, 20 somethings. I guess I have two opinions on the matter. First, I’ll acknowledge that Harry Pete is a “great story” because I trust the opinions of the millions of people that read it but aren’t there probably 100,000 other books out there that have better stories? I mean the Harry Pete series isn’t going to go down in history on any best book ever list. I guess the Harry Pete serious is a lot like reality TV…it doesn’t take much thought to read and comprehend the books because they are wrote on a 3rd grade reading level and people read them to wind down or veg out. (the last statement is meant to belittle Harry Potter readers) Second, aren’t there 5000 kids that just died today because of hunger, disease and thirst? Why aren’t we talking about these things? Maybe we are. Maybe I’m an idiot for hating the constant barrage of popular.

Maybe there aren’t things that matter more than what happened in Harry Potter’s new movie and that it was boring and anti-climatic and is just a filler movie for the next one. Maybe it doesn’t matter that there isn’t any real world application to the books or movies. Maybe people don’t care about things that they don’t know and things they don’t see. Maybe I’m a hypocrite because I’m wearing Polo and am not hungry. Maybe you’re a hypocrite too. Maybe tell me why you’re not a hypocrite and I’ll still have hope in humanity.