A Three Foot Ball of Fire Wrapped in Korean Skin; Squinty Eyes and All

As far as I know all little boys are a little wild but nothing quite compares to Vincent. He's more than your average wild child: he kicks chairs, doesn't let other kids answer questions, and insists on sitting in his chair the wrong way...and he is the reason I'm staying in Korea. 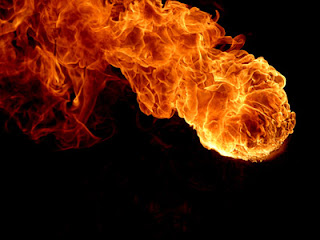 Over the past 3 months I have considered quiting my job every day. All this has culminated with me actually quiting my job last Wednesday. Much to my regret I was convicted about quiting my job, because I'm not a wiener, and told my boss today that I want to unquit. I had a special meeting with the owner of my hagwon and she told me she was unhappy with me, to say the least,...for quiting and then unquitting to which I told her that I understand.
When I thought about quiting I was being selfish and only thinking about myself and what's best for me. Of course everyone is selfish, you're being selfish by taking time to read my blog and not doing the one hundred other things that you need to do, hopefully loving people is one of those thing. The question is when does doing something turn from being selfishness to selflessness, the quality that everyone should be trying to obtain.
When I figured out that there were other things at play in the picture I was convicted of my selfishness and told my boss that I had changed my mind. I've changed my mind a lot. And then I've changed my mind again. But never face to face with my bosses. There were loads of other things that came into the picture but I'd like to break down all the other minutia to one simple thing: Vincent.
Homeboy is the jam for real. When I thought about leaving Korea I was thinking about the no talent ass clown that would be teaching him after me and I couldn't think about letting someone teach him that might not love him, which is very easy to do. I was also sad about not seeing him grow up for the next 9 months. Is this what it feels like being a father?
This is a typical excerpt of my classes with Vincent:
Page: Does anyone know why Henry was scared Mudge had to go to the Vet?
Page: yes...Vincent?
Vincent: Your face is crazy.
Of course when I call on Vincent I'm not sure if he's going to give me the right answer, which he always knows, or the 'your face is crazy' response which is his, and now mine, personal favorite. I'm still trying to figure out if my face IS crazy. I'm white and everyone else is not white. To make fun of white people Korean kids use their fingers and open their eyes wide like white people...much like we did with Asians in the opposite way.
There are a few special things that I love about Vincent. Vincents handwriting is sub-par, but he doesn't care. Vincent is usually not in his chair, which drives me crazy, but he can't help. Vincent is in love with a girl in our class named Isabelle and he sometimes hits her and tells on her...not because he's trying to flirt with her but rather because he doesn't give a F#@k. He often runs up to the front and does flying kicks in the air trying to slam whatever is in his way. He leaves the room without asking. He reads his books upside down. He steals the fake incentive money that I have in my basket and gives it back just to show me who's boss.  He's boss.
This description doesn't give him justice but Vincent doesn't do anything trying to gain approval, he just does whatever he wants. The main reason that I respect Vincent is because he just knows who he is...AND HE'S 8 YEARS OLD. I know you don't believe me but you have to believe me. He marches to the beat of his own whistle. And whistles don't even carry a beat. I guess you could say that Vincent is my favorite student...but he deserves to be because he's no one else's. love. war.
Jesus said, "Let the little children come to me, and do not hinder them, for the kingdom of heaven belongs to such as these."
Things to think about:
-your make-up you wear.
-caffeine
-the gold standard
Things to read:
-This idiot
Posted by Unknown at 12:40 PM